Sick of wave shooters? In Sairento VR, you play a cyber ninja. Perform double jumps, wall runs, power slides and slow time down while blasting away at a foe before landing to deliver a lethal strike on another. Kit yourself with katanas, firearms, bows, throwing glaives and legendary relics. 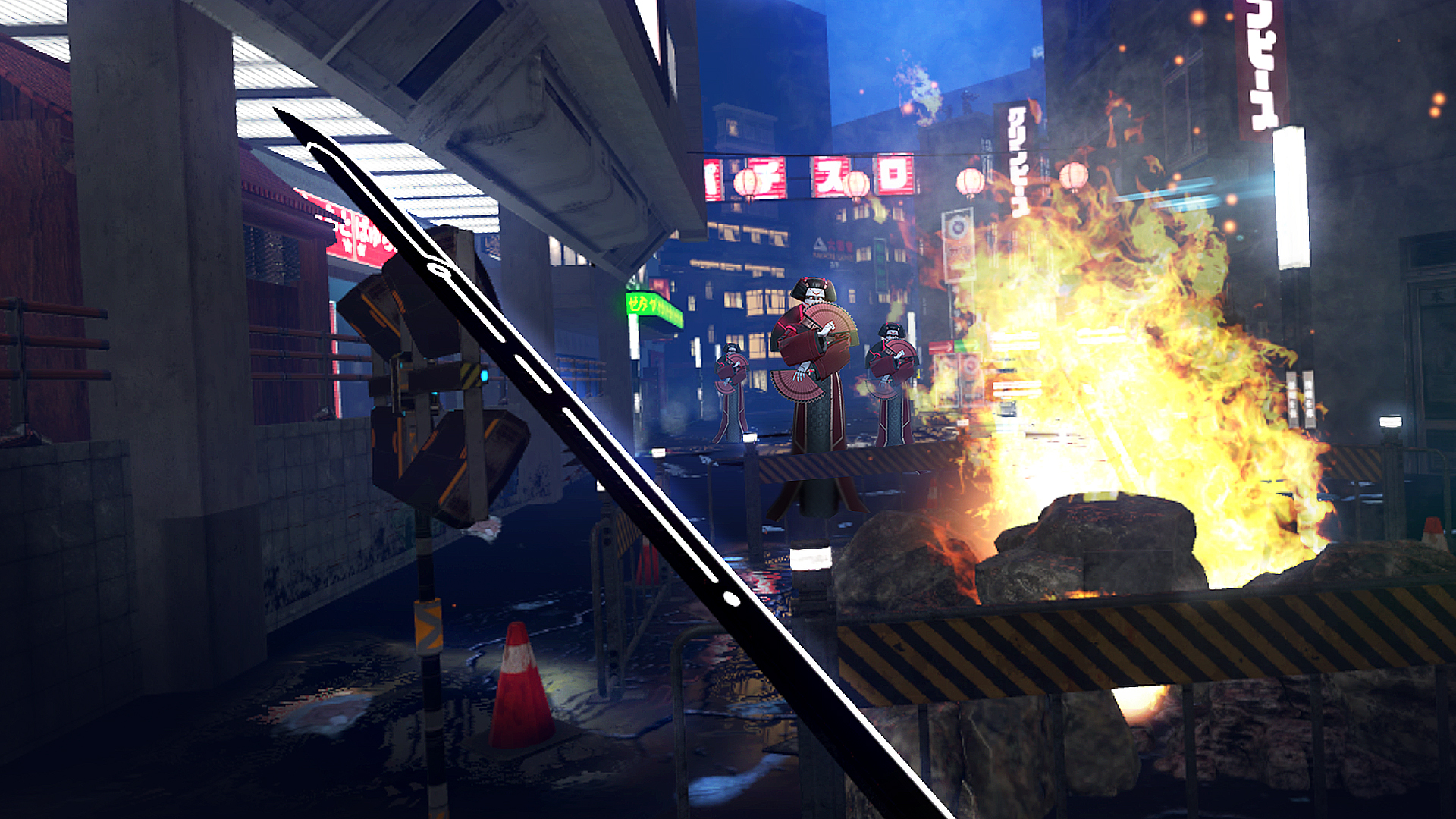 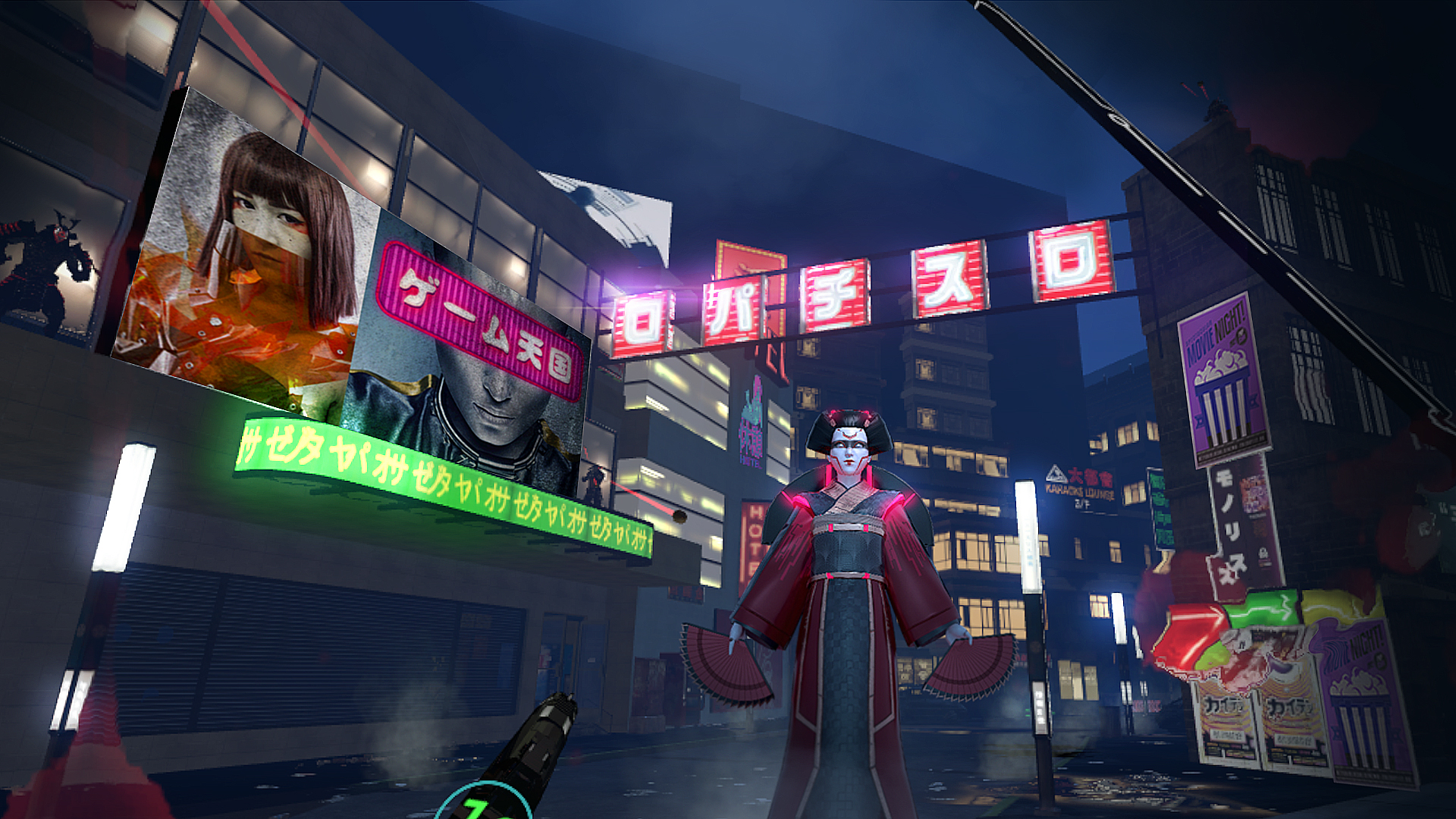 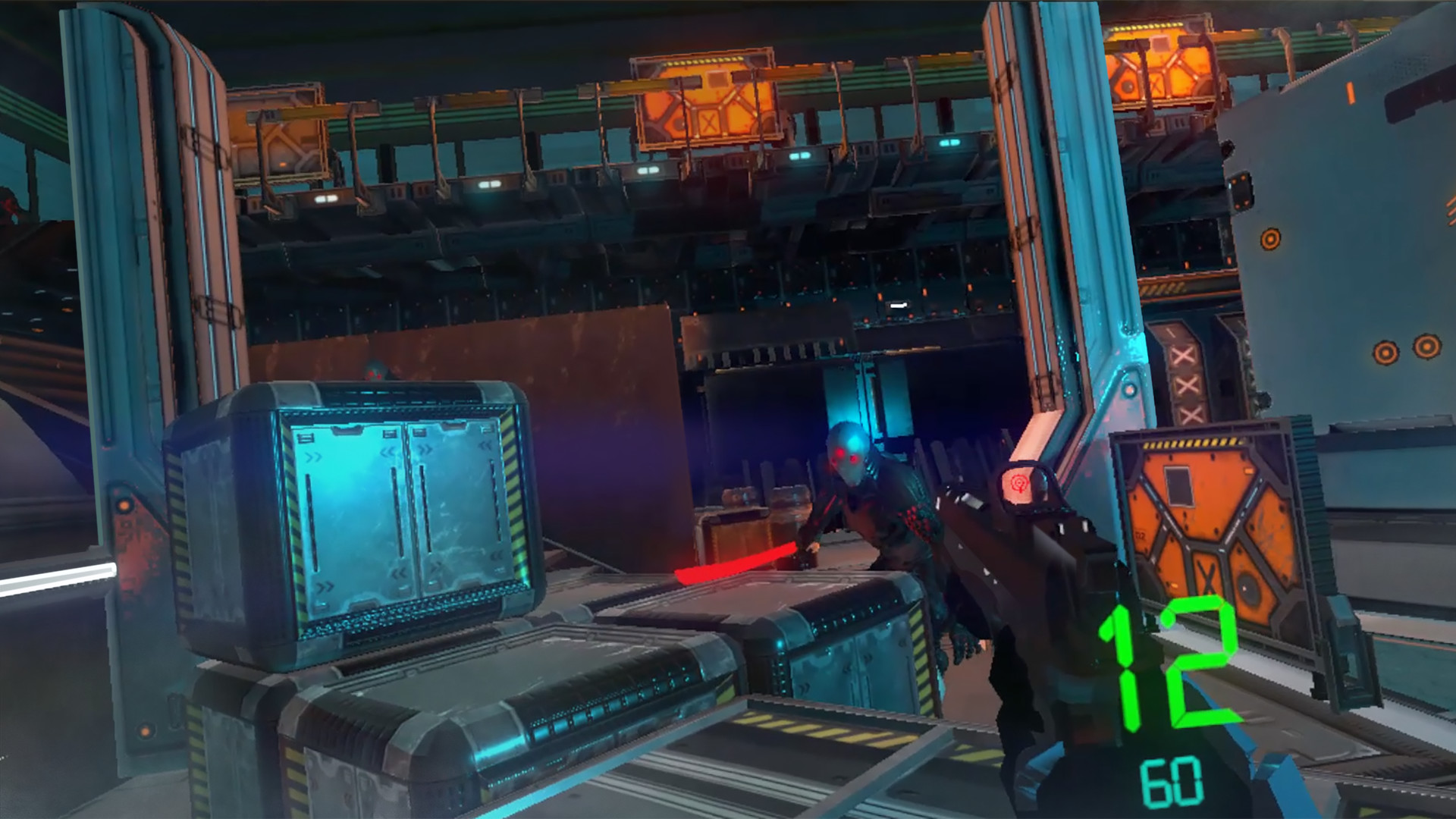 We're a bunch of indie developers on a mission to create the one true must-have ninja experience for VR. We hope you join us for the ride!

Since its launch, Sairento VR has been gaining fans worldwide with its unique locomotion system. It is the one game in VR that allows you to experience the iconic "bullet-time" scenes from The Matrix, blended with the slow-motion mayhem of the Max Payne game series, all while looking and feeling as badass as the Bride from Kill Bill.

In Sairento VR, you will be able to perform double jumps, run along walls, and slow down time while blasting away at a foe before landing to deliver a lethal strike on another. Kit yourself with your weapons of choice - katanas, firearms, bows, throwing glaives - they are all at your disposal.

Popular gamers like Node call it their ‘favourite VR game’ and Nathie, Cix Liv, JoshDub, TimDotTV and more all give it a thumbs up.

Sairento VR was designed to be easy to pick up, but tough to master. The more time you spend with Sairento VR, the better you will perform the moves in the game and the more you will be rewarded with the unparalleled feeling of being the action hero of a big budget move production.

At the moment, we are still in beta production. The full version of our game will be released sometime between October to November 2017 and it will encompass more content and come with a multiplayer feature and a story mode.


- GET TRANSFORMED INTO A DEADLY CYBER NINJA -

Sairento VR is a mission-driven, VR action role-playing game set in a re imagined Japan in the near future. In Sairento, you play as a member of the Silent Ones - a righteous but covert organization of seemingly ordinary people who practice the long forsaken code and martial arts of the ancient samurais and ninjas.

Get transformed into a mighty warrior with an arsenal of ancient weapons with a futuristic twist and engage an endless horde of enemies across different locations.

Chosen to be a Silent One for your outstanding character and trained by a sensei skilled in the art of ancient Japanese martial arts and modern fighting, you not only yield a mean katana, but are also skillful with guns and projectile weapons. Built for non-stop slash and shoot action, Sairento aims to set a new standard in VR games in terms of excitement and engagement.

• Leap 15 feet into the air, perform double jumps, run across walls or slide across the floor like only a true action super star could.

• Soak yourself in blood-pumping, exhilarating music as you become God in your own action movie.

• Engage enemies using our innovative combat system, allowing you to fight in slow motion and parry incoming projectiles like a boss.

• Cut your enemies down with a futuristic katana or blast them to smithereens with good old fashioned guns.

• Fancy hurling blade beams from your katana? You can do so by upgrading your abilities and weapons as you accumulate experience from completing missions.

• Upon full release, the game will include a story campaign as well as co-op play.